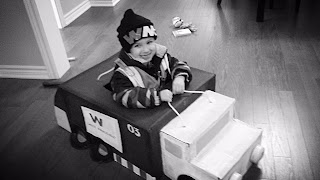 I grew up watching scary movies.  There was a large age gap, between my sister and I, and she loved to rent us scary flicks.  I remember being particularly young and us watching a vampire movie.  After it was over, and I was still in that strange fog between make-believe and reality, she began asking me if I had ever noticed that everyone in our family had sharp incisors.  My tongue had immediately grazed my own, which came to a sharp point.  Then, as I followed her up the stairs from our basement, she spun around quickly, beared her “fangs” and hissed at me.  I screamed, jumped and immediately burst into tears.  It is a wonder that I didn’t pee my pants.  She started laughing.  She had wanted to scare the crap out of me and she had succeeded.  Because that’s what older sisters do.  And so began my love and fascination with all things creepy, scary and murder-y.

This week is Halloween, so all the old classics are playing.  All my faves – Michael Myers, Jack Torrance, Jason Vorhees – you know, the OG’s of horror.  And speaking of horror, I now understand the struggle of costume finding, or even worse, making.  This year, my boys really wanted to challenge us.  Not that they didn’t want to challenge us, last year, when they asked that our pumpkins be carved into Angry Birds.  Ah, say what?  Jack-o-lanterns are supposed to have triangle eyes, a triangle nose, and a mouth with triangle teeth, am I right?  Apparently, the terrifying triangles were not up to par.

My oldest decided that he would like to be a “Roblox guy”, whatever the f**k that is, and my youngest would like to be Toad, from Super Mario.  Ya……great.  My youngest asked me to cut a pumpkin shape out of construction paper, the other day, and I panicked, so you can imagine how well this is going to turn out.  And these littles have big expectations.  Their Aunties are the Fairy Godmothers of DIY.  When my oldest was three, he wanted to be a garbage man for Halloween.  The extent of my costume creativity for this was a WM toque, a reflective vest and gloves.  You've got to cut me some slack, I dressed up as a "punk rocker" for three years in a row, when I was a kid.

As I relayed this idea to my sister-in-law, she said "I might be able to make him a garbage truck."  This was awesome.  A little truck for him to wear, to add to the groundbreaking costume that I had already created.  When the big day approached, she brought over the "little truck".  Well, let me tell you, little it wasn't. This truck was unbelievable.  It was big enough that you could see all the fine details.  Like, the perfectly replicated logo painted on the side, the white front cab and green rear loader, and four perfect wheels.  And, to top it all off, it had headlights....that worked.  Headlights that f**king worked!!!  Bippity, Boppity.....BOO!  I will never forget the look on my baby's face, when he laid eyes on this thing.  I am sure my face was a mirror image to his.  Filled with awe and wonder.  This was his first homemade costume.  Shit.

Back to this year.  I am telling my other sister-in-law, in horror, about what my sweet boys had chosen for their costumes.  "I can probably make the mushroom head, for Toad," she says, calmly.  I supress the urge to scream "YESSSSS!", like a crazy woman, while memories of sanitation vehicles dance in my head.  It goes down like this.  She brings a piece of indescript cardboard, to a family get-together, and wraps it around my youngest's head for size.  A week later, she produces a fabric mushroom hat, that fits perfectly and looks identical to Toad's fungi cap.  Bippity, Boppity....BOO!  My tiny man has been begging me to wear it ever since.  Double shit.  What will they think of next year?

So, on All Hallow's Eve, my Lego guy (he changed his mind about the Roblox guy, thank God!) and my Toad, will venture into the spooky night, in search of treats.  Our jack-o-lanterns' toothy triangle smiles, will light up the darkness.  Their Aunties - the Vampire and the DIY Fairy Godmothers - making it all the more magical.  Happy Halloween Everyone!!!   Be safe out there.  Watch out for leering men in masks and, no matter what, do not go in any mazes!