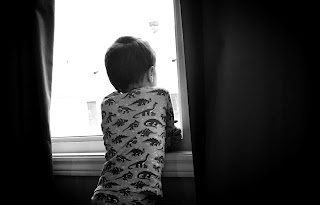 His tone is matter-of-fact and indifferent.  He then returns his attention to the show that is playing on the TV.  I sit, smile still plastered on my face, taking in the harsh criticism.  We are playing a new game, that we received over the holidays.  It has has dice that you roll with pictures of different things.  Once rolled, you line them up and make up a story, going chronologically through the dice.  Kind of like creative craps. I wasn't originally going to play the game, but  I have noticed a shift in the relationship between me and my youngest.  He seems to really enjoy this game, so I thought it would be a nice thing that we could all do together.

He went first.  It was an adorable tale.  Every symbol was found on a journey by "Luigi", the person image that vaguely resembles that Bowser fighting brother.  My heart soared listening to his creativity and seeing the light in his eyes, as he told his tale.  Next, it was my husband's turn.  I am just going to say it.  I thought that he used the literal meaning of a lot of the objects, without much innovation.  And, of course, he jumped on the Luigi bandwagon, at which point he and my baby laughed in a conspiratorial manner.  I forced an awkward laugh, that was a little too loud and started a little too late.  I am going to destroy them, I thought.  Then came my turn.  My story is more of a legend, from long ago, where a fire spark becomes a star.  This occurrence baffles scholars and inspires plays and books, through time.  I smiled proudly when I was done.  However, the Luigi camp was unimpressed.

This has become the norm, lately.  I have changed jobs, so now I have to leave earlier.  This means that I am not there in the morning to help my boys get ready.  I don’t take them to school or put them on the bus.  And, I don’t get to pick them up, either.  Daddy does it all.  I have never felt so disconnected from them.  My oldest seems to be rolling with the change fine but my youngest seems to be holding a grudge.  To be fair, he isn’t crab walking on the ceiling, with his head facing backwards, making that terrifying throat noise, like in the movies.  But, he is throwing mad four-year-old shade.  Cuddles?  Not a chance.  He has made it clear that his schedule doesn’t leave a lot of time for cuddling and the time that he does have, will be given to Daddy.  He walks into the room and asks a question without addressing anyone in particular.  I answer him and he turns his beautiful face towards me and curtly states that he was "talking to Daddy".  Holding hands?  Daddy.  Tucking in?  Daddy.  He had us do a sticker competition the other night, where he had already determined, before a single f**king sticker hit the page, that Daddy was the winner.  Really?!?!?!  Who elected this judge?  This kid is ghosting me in my own damn house!

I wish I could say that I’m not taking it personally.  But, a lie detector would determine that that was a lie.  What this tiny grudge holder doesn’t know, is that he gets his stubbornness and sassyness from his Mama.  Not his Daddy (eye roll).  I will wait him out.  Brilliant stories and stunning sticker pictures will continue.  I will have faith that this grudge is just like everything else in the life of a four-year-old - fleeting.  I understand his feelings about the change.  I feel it, too.  As long as his face doesn’t take on a gray paler, with huge black circles under his eyes, and he doesn’t start crab walking on the ceiling, we will be okay.