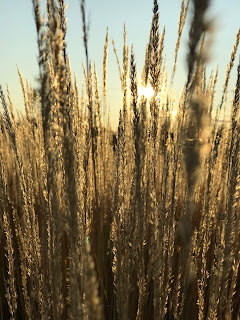 Do you ever get the feeling like the universe is trying to send you a message?  For example, there is a new spicy chicken burger at one of my favorite fast food joints.  First, my husband shows me a flyer for it, because he knows that I love spicy food. Now, in everything I watch and listen to, there are ads for this delicious creation.  It is everywhere.  I think that the universe is telling me to go and eat that burger.  And, in this instance, I feel that I have to oblige. It’s fried chicken.  It’s habanero sauce.  It.is.meant.to.be.

Another theme that seems to be popping up lately, is this living off the grid idea.  The other night, I was watching one of those house hunting shows.  You know the ones that I am talking about.  The people are like “I want four bedrooms, three bathrooms, hardwood floors, a chef’s kitchen, an Olympic sized pool and my budget is $150k.”  This shit is crazy.  You know what is even more nuts?  In some places, they get that!  Well, maybe not the Olympic sized pool. Anyhow, I was watching one of these, where this Mom of twins was moving from NYC to Iceland.  She was a hard-working lawyer and felt as though she needed some time in nature and with her children.  So, she was like “F**k this, we out.”  She bought a home in the countryside, on a lakefront, in Iceland.     I can’t lie.  I was in awe.  She just left all of her f**ks in the city and went to live a simpler life, with her babies.  Well, as simple as life can be with twin 7-year-olds, in any case.

Then, there are the people who build the tiny homes or yurts or even shipping container houses, out in the middle of nowhere.  I mean, I just don’t see how people with kids can pull off these little spaces.  I have so many questions.  For example,  is there a second tiny house where the stuffies live?  I understand that the point is to get rid of possessions and live a more active, adventure filled life.  But, truth be told, my sweet littles could make a single piece of paper clutter an entire room.  It’s a curious skill, but one that they are extremely adept at.

As for the shipping container houses, I have two words.  Serial. Killer.  Although, I saw one that was done up very country sheek.  It was gorgeous!  I just don’t think there are  enough doilies in the world for me, that would remove the dark vibe.

However, the idea behind these off the grid dwellings is the same.  Get out of the noise and the chaos.  Be with nature. Spend more time with your kids.  Slow down and simplify.  Leave as many f**ks behind, as you can.  I hear you universe.  I hear you!!! Although, we are not quite ready to move off the grid, the thought is never far from my mind.  In the meantime, I will make sure to eat many of those spicy chicken burgers. When the universe talks, this Mama listens.

Does Mama need to lose her shit?