File 54 - Anxiety and Her Squad 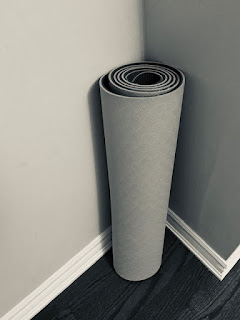 Anxiety is so duplicitous.  She and her squad - Structure, Predictability, and the wild child, Obsessiveness.  Squad goals for no one ever!  Just when I feel like I am getting to a point where I understand her ways and can anticipate her next move, she and her panic posse prove me wrong.  They are shady as hell.

I found that after I had my littles, she became more relentless than ever.  Especially, after my first was born.  Anxiety had basically taken over and I had turned into Gollum.  Unable to break from rigid feeding and napping routines, mumbling to myself and looking wide-eyed and maniacal.  Emerging from the shadows, shielding my precious from all the of the evil things out there, that I had just been Googling about.  It was in these early days of new motherhood, that I came to the realization that Anxiety and her Mental Health Mean Girls had taken the upper hand in my life.  I remember taking a much needed nap and handing my sweet new baby boy to my husband.  When I had come downstairs after the amazing slumber, my husband had moved around the furniture, in the living room.  He stood there, holding our beautiful creation in his arms, looking for my reaction.  I froze at the bottom of the stairs.  The familiar feelings of loss of control and panic rising.  I told him to put it back and went back upstairs until it was done.  Was he f**king out of this mind?  Oh, wait.  That was me.

It became a mission for me to find ways to control this b**ch and her stupid friends.  I started running. I would run until I was purple in the face.  I would run until my lungs burned and was I sweating in places that I didn’t even know you could sweat in.  I would run until I had left all my f**ks, and most of my dignity, out on that road.  And it worked.  I couldn’t hear Anxiety’s constant nattering, when I was running.   I had to focus on not dying.  And, when I stopped running, it was if some of the clutter that she had moved into my brain had cleared.  I was the captain now.

My doctor had mentioned yoga.  I scoffed at this suggestion.  No namaste was going to keep the neurosis away.  However, keeping in mind my main objective, I figured I would give it a try.  Guys.  This. Shit. Works.  I have been doing hot yoga, so I leave feeling as drenched and expended, as I did with running.  The best part?  You get time to lay quietly, while the yoga instructor tells Anxiety to shut the f**k up.  It took me a few classes to peel my shoulders away from my ears but now I am able to completely give in.  It has been amaze balls.  Well, it was until last week.  I noticed that there was a different instructor for my class.  I breathed this information in and sighed it out.  It was going to be fine.  Here's the thing, it wasn't fine.  He spoke too quietly and moved through poses too fast.  I left flanked by Anxiety and her Panic Posse and it threw off the rest of my day.

I will never give up the search for ammunition to use against my internal mean girls.  They need to take a seat.  I will continue to slap my feet on the pavement and downward my dog.  These b**ches ain't seen nothing, yet.