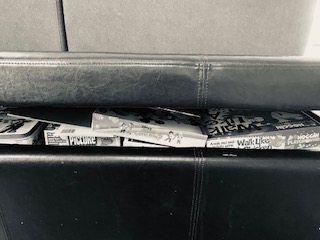 I think everyone is born with a little competitive spirit.  A drive to beat out other mere Homo Sapiens either physically, mentally, creatively or by finding better, more hilarious memes.  There are the basic competitions.  I mean, everyone knows that if you are at the gym and someone gets on the treadmill next to you, you are automatically competing.  It doesn't matter if you are walking or running, or what they are doing, you just can't get off the treadmill first.  Or you lose.  You turn that shit down until you are moving in slow motion, but you don't stop before they do.  Everyone knows that.  Back in the days when people went to the gym, anyways.

There is a big age difference between my sister and I, so we never had the typical sibling scuffles.  The only time that I can remember having a quarrel with her over winning something, was playing the card game Hearts with her and my Dad, when I was a preteen.  But that was caused purely by my Dad and his card corruption. He played us against each other for the win.  Which, to be fair, is the point of the game.  It ended in yelling and tears, for my sister and I.  And a mischievous grin for my Dad, the puppet master of playing cards.  No competitive genes here.

Personally, I don't believe that I am overly competitive.  Mostly, I compete against myself or Anxiety.  I like to beat a personal best on a run.  Giving myself a high-five and pat on the back, when I triumph.  I can only imagine how that looks to passersby.  Or, squashing a panic attack when it is on the rise.  Regulating my breathing and slowing my heart rate, while flipping Anxiety the bird.  If that it not winning, I don't know what is.

My husband and I are known to play a little Scrabble.  A little letter tile tango, if you will.  Sexy.  I don't win often.  That's mainly because I make all the large words that my husband then springboards off of, to make words that no one has ever heard off, for ludicrous points.  Not to mention the twenty minutes he takes for each turn.  And I am not bothered by this at all.  It is all in good fun, when I threaten to flip the game board and do impressions of my husband talking, in that way where the words just come out as whining sounds.

I like to believe that we are teaching our boys to be gracious winners and good sports when they lose. I have never let them win.  I have destroyed them at Jenga and Candyland more times than I can count.  They have learned to keep their chin up.  Their reactions have shifted from crying, to "not fair", to playfully mocking each other and themselves.  Their competitive character developing with a balance of tenacity and torment.  No bawling or board flipping. Well, almost no bawling.  The usual preemptive, "I am going to destroy you," before the activity begins.  We have no idea where they got that from.

See you on the treadmill.